On 14/8/2016 we were invited by Jeroen Janssen to come along to Doel and sketch during it's village feast and the 'Scheldewijding'.
It was a very early morning: 7.45 am. On a Saturday!! Not my regular weekend.

Now this isn't just a "normal" village. Almost all houses are empty. Almost all people left. There are just 20 left. A long time ago the city wanted to expand their harbor and Doel was chosen to be burried beneath a few meters of sand. But the villagers started to protest. One by one the house got bought and more and more people left. Untill now. There are still lawsuits going on between the villagers and the city. No one really know what is going to happen.
For most of the year this village is pretty empty. Sometimes some tourists visit. During the night it was a good place for criminals to exchange drugs but the police is trying stop that.

But during this weekend the village was lively again. Streets where filled, bars where open and life music was everywhere. A lot of people were interested in us Urban Sketchers. Great day, great weather, great sketches!! I hope to go again next time!

I do need to draw more though. Only did 4 sketches in a whole day. 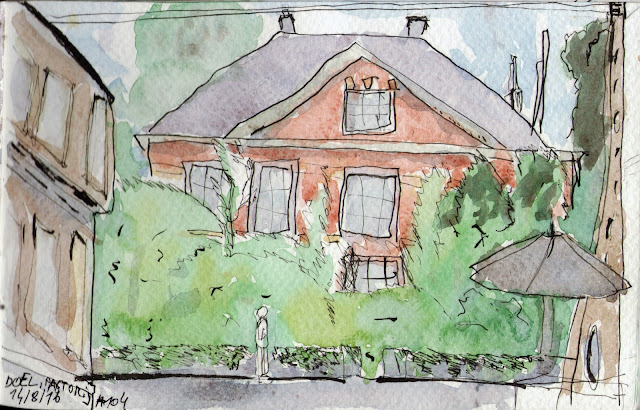 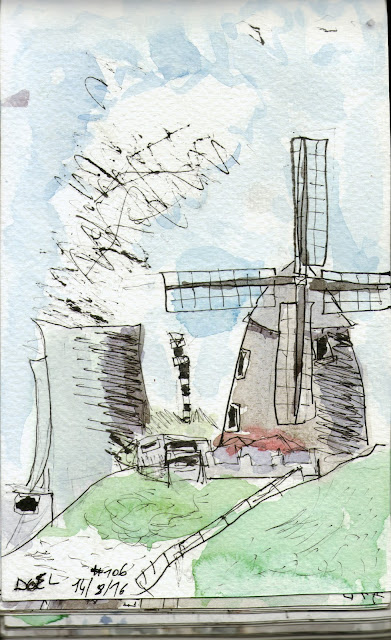 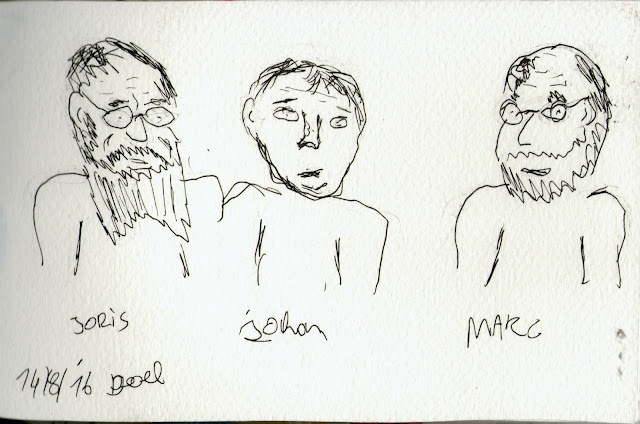